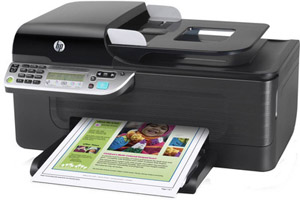 HP IPG Trident & HP Partnership spans over 15 years, Trident Corporation has become the leading Distributor for HP’s Imaging & Printing products in Sri Lana and Maldives. Trident is the strong bridge between Information Technology giant HP and Sri Lankan Lifestyles. Through our widespread channel partners across the country we proudly carry HP’s latest technology offering from Home users to corporate conglomerates as well. IPG Product portfolio covers, -LES -IPS -PL 30 -Supplies One of the flagship products with HP printing systems is the Large Format Printers which are currently popular among most Architect and engineering community in Sri Lanka. Laser Printers and Laser print supplies HP Laser printers are the smartest decision in business printing. HP devices consistently offer a powerful combination of performance, ease of use, image quality and overall economy. Today's fast-paced world, HP delivers the technology that's ready to work. These printers are designed to meet the needs of your growing business. Ink Printers and Ink Printer Supplies HP has reinvented the inkjet for business – and now, HP reinventing inkjet for enterprise, too. Get speed and quality that's comparable to color laser at up to 50% less cost per page. It's time to rethink ink. Increase speed and help reduce costs for your business, no matter the scale. Large Format Printers and LFP supplies Since inventing the pen plotter in the late 70's, HP has been a leading innovator in large-format printing. Today, HP Design jet products offer fast speeds, high-quality output, copy and scan capabilities, and web-connectivity features that allow professionals to access and print projects from wherever work takes them. HP’s comprehensive portfolio of workflow solutions ensure you get the most out of your printer investment. With software like HP Design jet e Print & Share and strong third-party alliances, HP will keep your projects moving forward, no matter where work takes you.

HP Enterprise Smart solutions, Right price… HP offers right-price solutions you can trust to meet the challenges of your Enterprise and SMB. Evolve with smart technology designed with your business in mind. Increase your competitiveness by having the right IT infrastructure. At HP we are fully aware that every business has different needs. That is why we have created a range of offers specifically designed to meet the needs of small and midsize businesses. Whatever you need, we’ve got it covered. Featured offers HP Server offers Speed of service and reliability of compute are key factors in the new era of IT. But every business requires different parameters. HP has developed a range of servers which fulfill the varied needs of modern business. Customer inspired server designs, updated to the newest Gen9 technologies, that deliver the right compute for your workloads at the right economics. HP Storage offers The exponential growth of data generation in the modern world means that archiving, recovery and backup are essential to successfully running your business. HP is constantly thinking about how to improve the data environment of today and the future. Whatever your business looks like now, and wherever it is heading, there is a HP Storage solution that fits your needs. Your business is unique, we know that. Our comprehensive range of storage offers is developed to meet your needs no matter how specific. HP Networking offers Businesses today are looking for networks that are simple, agile and cost less to operate. The idea that this is impossible to achieve with limited resources is a common misconception. HP networking tools are designed with small and midsize businesses in mind. HP Networking offers a range of compatible solutions which work together with your IT framework to get your business assets communicating with one another. Make sure that you have created the best possible environment to help your firm grow. 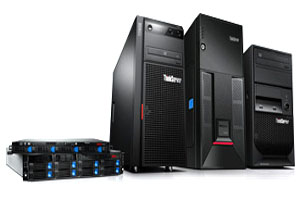 Lenovo Systems WORLD-CLASS SERVERS FOR WORLD-CLASS BUSINESSES Drive your business forward with a server that matches your needs. Reduce costs and complexity by investing in a system that handles today's workload and expands to accommodate future growth. RACK SERVERS - BALANCED DESIGN. BUILT FOR BUSINESS. Ideal for small to medium-sized business, our rack servers feature power-efficient designs, segmented workloads, and fit-for-purpose applications. TOWER SERVERS - WORKLOAD HUNGRY. BUDGET FRIENDLY. Lenovo tower servers provide the performance, reliability, and easy-to-use tools to manage your file/print and point-of-sale workloads. BLADE SYSTEMS - NO-COMPROMISE Lenovo builds legendary reliability, security, and performance into the blade form factor, the most advanced blade servers for your data center. Our innovative blade servers offer a range of technology to support the unique demands of your business. STORAGE SOLUTIONS - EASY TO MANAGE, SIMPLE TO SCALE, ALWAYS AVAILABLE Count on Lenovo for enterprise-grade storage solutions. Our products adapt to your growing virtual environments, fit into your existing budget, and ensure data is ready when you need it. NETWORKING SOLUTIONS - FAST & AGILE NETWORKING FOR OPTIMAL IT EFFICIENCY Integrate your servers and storage with Lenovo's leadership Ethernet networking. 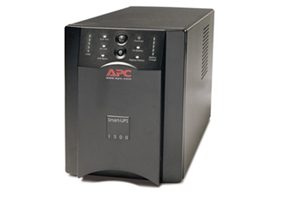 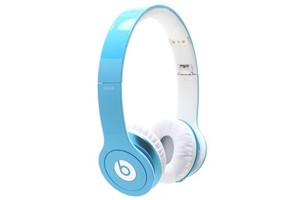 Skullcandy Skullcandy has a wide range of headphones. They come in a wide range of colors, graphics, and designs from over-ear headphones to on-ear headphones such as the Mix master (over-ear), the Aviator (over-ear), and the Titans (in-ear). The company also has several docks for i Phones, i Pads, and i Pods (Pipe and Vandal). In 2012 Skullcandy unveiled their first gaming headset in several years, entitled SLYR. The initial launch was met with mixed reviews, and several months later they successfully launched a higher priced headset titled PLYR2. The company's most recent releases are the $179.99 Dolby Surround Sound PLYR1 headset, and the sub woofer-utilizing $99 Crushers. The latter of which was highly publicized through promotions with many athletes and artists, who appeared in roughly 30 reaction videos when showcasing headphones' sub woofers. Earphones Jib - SkullCandy's budget ear bud. 9mm drivers. Ink'd - SkullCandy's flagship ear bud. Ink'd 2 was released in 2013. Smokin' Buds - A mid-grade model of ear buds from Skullcandy featuring a 9mm drivers and a Mic1. Titan - A mid-grade model of the SkullCandy range of ear buds. 50/50 - A higher-end model of SkullCandy's ear bud line. Chops - SkullCandy's traditional ear buds that are not in-ear. Chops In-Ear - Sport variation introduced in 2014 with all the features of the Method ear buds. The Fix - SkullCandy's premium 10mm driver traditional ear buds. Method - The Method is SkullCandy's sport ear bud introduced in 2014. Headphones Uprock - SkullCandy's entry-level on-ear headphone. Lowrider - A step up from the Uprock, with leather-like ear pads, cups that swivel, and a compact-folding. Icon - Introduced the on-cup "Taptech" play/pause/next/prev/take call/end call button. Cassette - SkullCandy's portability headphone. Hesh - SkullCandy's flagship headphone, featuring 50mm drivers.   I. Hesh 2 Wireless - Bluetooth-capable wireless model of the Hesh 2, released in late 2014. Up to 10-hour battery life. Crusher - Released in 2013. These over-ear headphones introduced the "Sensation55" bass driver, which simulates dedicated subwoofers in each cup. Aviator - SkullCandy's premium over-ear headphone.   I. Navigator - A smaller on-ear version of the Aviator. Designed also for women under the name "Knockout". Grind - SkullCandy's lifestyle on-ear headphone introduced in 2015. Gaming headsets   I. PLYR1 - SkullCandy's high-end wireless gaming headset.  II. PLYR2 - A less-expensive version of PLYR1, lacking Dolby 7.1 surround, instead featuring Dolby 5.1 surround.  III. SLYR - Wired gaming headset featuring a design that allows the boom mic to be hidden when not in use.